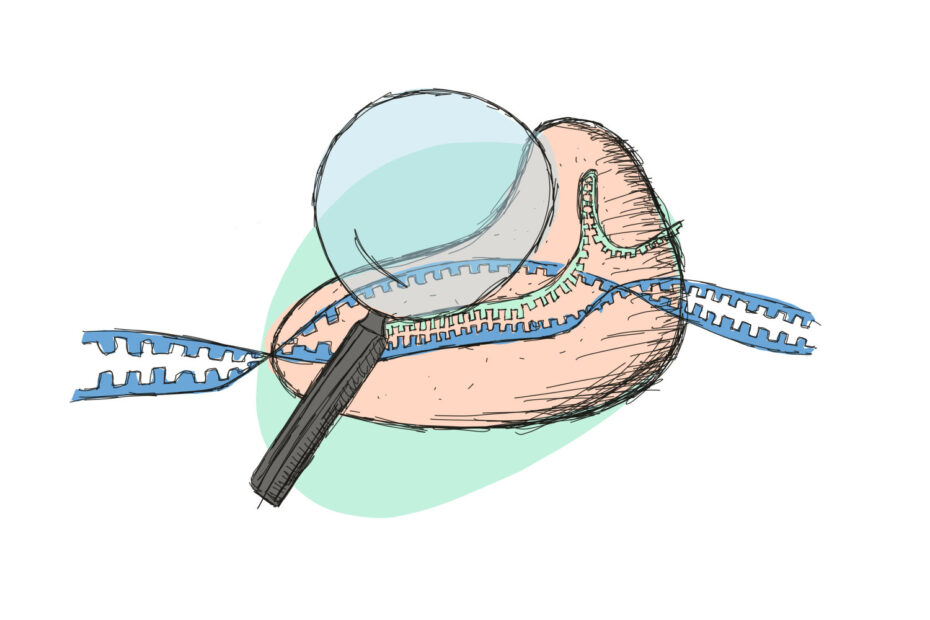 Greenpeace has published an “open source detection test for a gene edited crop”. This might suggest that they are able to specifically detect crops made by CRISPR & Co. Or does it?

Ever since the European Court of Justice (ECJ) ruled that genome edited crops – crops whose genetic information was altered using tools like CRISPR/Cas9 and others – must be regulated like genetically modified crops, researchers and anti-GM activists debate about the feasibility of regulation on genome editing. At the center of the debate is the problem of detection. If we want to ban a type of crop breeding from the EU, how do we detect it when a shipment arrives in a harbour?

To understand why that even is a question in today’s world of high precision analytics we have to take a closer look at genome editing and the traces that it leaves. Genome editing is an umbrella term that includes a number of techniques – the most famous being CRISPR/Cas9 – all of which rely on the same principle. Instead of doing it the “old” way of copy/pasting a piece of DNA from a bacterium into a plant to create a new resistance (Bt cotton was generated this way), genome editing alters just a few basepairs of the genetic code in a genome of millions of letters. Amazingly, these tiny changes can make huge  differences. In rice, for example, a single edit in a gene was enough to increase the plant’s salt tolerance. If we imagine the DNA code as a book, genome editing changes a few letters in a word somewhere in the middle while leaving the rest untouched. “I can’t stand the beat” becomes “I can’t stand the beet”. In contrast, the previously used transgenic technologies are the equivalent of adding a whole page with new information to the book. While finding a whole new page is fairly easy, even the small edits done by genome editing can be detected, if we know where to look. So what’s the problem with detection?

Classical breeding, the type we did for thousands of years, also relies on tiny mutations and changes of the genetic code. When our ancestors selected wheat that would not drop its grain on the ground before they could harvest it, they selected for mutations in the genes involved in that trait, even though they had no idea that this is what they were doing, and they had no knowledge about the very existence of genes themselves. Evolution is driven by mutations in the genome and most plant breeding is just sped up evolution, with humans creating the selection pressure.

This leads us to an important truth: the presence of a point mutation in the genetic code does not provide certainty on the way the mutation was created. Mutations happen all of the time in nature  (we can and do control the odds with chemicals or radiation, which is fine according to the ECJ and EU regulation) and breeders, organic or conventional, take great care in selecting and maintaining the beneficial mutations and getting rid of the other ones. Genome editing is a new tool that creates a shortcut to the same end result.

Now, Greenpeace has published their “open source detection test for a gene edited crop”. They developed instructions on how to perform a qPCR (a type of quantification for specific DNA sequences that many researchers use in the lab) on varieties of canola (Brassica napus). It is in canola that we find one of the few already available commercial varieties that were created by means of genome editing. Developed by the breeding company Cibus, the canola variety is resistant to herbicides that target an enzyme called AHAS that is involved in amino acid synthesis. Thanks to point mutations in the genes of two proteins that are part of the enzyme, the herbicide can’t bind to AHAS and therefore can’t kill the canola. Spraying these herbicides on fields of resistant canola means that all weeds die off while canola survives.

The published qPCR test detects one point mutation that seems to be specific to the genome edited canola. And it’s important to stress that it detects a point mutation, because as we said before, such mutations can also occur naturally. When using the details published by Greenpeace to search for matches in known genomes, Etienne Bucher found a wild radish that would produce a positive signal. While they only looked at sequences in databases and did not perform an experiment to show that this will in fact create false positives, their discovery illustrates that it’s very possible that other wild contaminants or even other canola varieties carry the same mutation. Greenpeace replied that they don’t think that the radish sequences would be detected using their assay and asked for seeds to test them.

And to put the icing on the cake: the mutation in question was most likely not a result of genome editing. As stated in a Canadian approval document found by Susanne Günther, the specific point mutation detected by the Greenpeace screen likely occurred randomly during cultivation of the line, rather than as a direct result of genome editing tool used in the process. This is a common occurrence in plants that are propagated in tissue culture.

So, can Greenpeace detect gene edited crops? Well no, not exactly.  And that’s for a number of reasons. Their test detects a point mutation that is found in a canola variety created with genome editing but which is also found in at least one wild species. This mutation is specific for this particular canola line, not for all genome edited crop lines, nor even for all edited canola lines.

The mutation in question was most likely never a result of genome editing but occurred randomly and was simply kept by the breeder. Finally, it needs to be stressed that the presence or absence of a point mutation bears no information on its creation process. Even if the method used directly finds the actual selected mutations created by the CRISPR, it is not possible at the genetic level, to definitively say that this is a CRISPR product.

Despite a very clever PR campaign from anti-GMO activists under the hashtag #NoWhereToHide, we’re still at loss for a solution to the problem of regulating genome edited crops. Without being able to tell CRISPR and conventional crops apart, we can’t follow the ruling of the ECJ and effectively ban genome edited crops from the EU. And if you ask me, that’s maybe not the worst thing in the world.