Meet the lab rats of the plant world 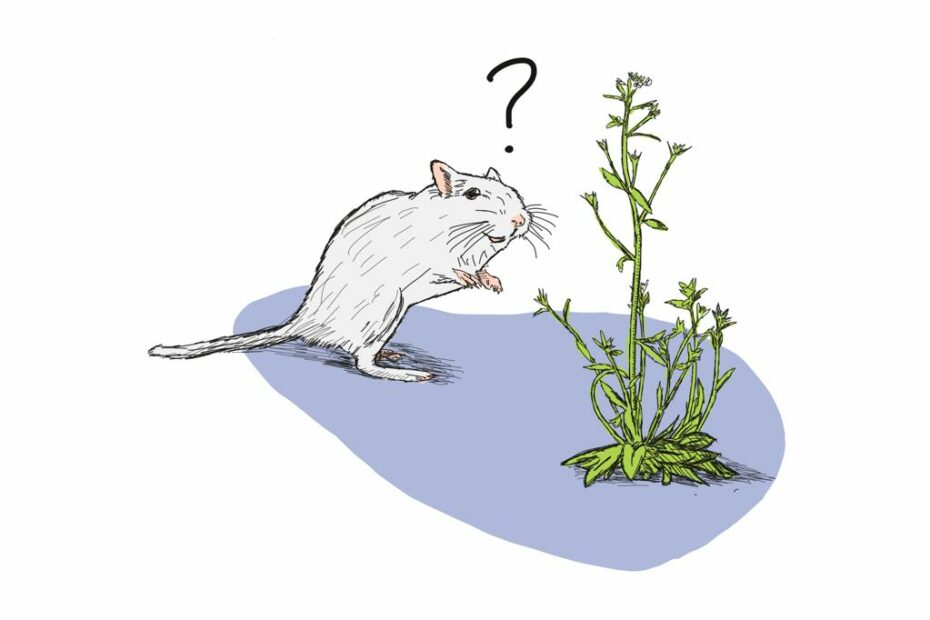 When studying human disease or development, scientists usually don’t start experiments directly with good old Homo sapiens, but instead begin their quest using cell lines, fruit flies, or even mice. In the plant field things are similar. And although our model organisms aren’t quite as fluffy as your standard ‘lab rat’, the come with a whole lot of benefits.

Working with plants doesn’t come with anywhere near the same kind of ethical restrictions that working with animals does. Which means that plant scientists generally have the possibility to work with their favourite, obscure, only-found-in-the-deserts-near-South-Western-Australia plant species. But we usually don’t.

Here are a couple of reasons why we choose to use model organisms, or ‘lab rats of the plant world’ instead:

Ok, so that’s the why, but what about the who?

Clearly the King of the plant world – by far the most studied. Arabidopsis is a small eurasian weed, of nearly no commercial value. It technically can be eaten (it’s closely related to mustard and canola), but isn’t. But that’s pretty much where the bad ends!

Arabidopsis is small, and can grow under all sorts of conditions – soil, agar plates, hydroponics. It self-pollinates, and goes on to produce tens of thousands of seeds, completing its life cycle in just 6-8 weeks. On top of that, the nuclear genome of Arabidopsis was sequenced, in 2000, before any other plant, and even before those of humans and fruit flies! This genome is fairly small – 135 megabase pairs. To put that into context, the genome of wheat 17 gigabase pairs, i.e. 125 times larger! The genome structure is also quite simple, and all three genomes (nuclear, mitochondrial and plastid) have been available for years and are fairly well annotated.

If you’re not convinced, the fact that we’ve been working on Arabidopsis for over 50 years means we know the most about it compared with all other plants. And many lab techniques are developed first for Arabidopsis. You can even go online shopping for Arabidopsis mutants, spending just a couple of dollars, instead of a couple of months, to get a plant with disrupted function of your favourite gene!

By the way, there’s a bit of a debate on the common name of this one. Technically, it’s known as thale cress or mouse-eared cress. But most of us just refer to it as ‘Arabidopsis’, so that’s what we’re going with on our site.

This article is part of a series about various model plant organisms. As we post more, we’ll link them all up.

So far, we’ve got tobacco, chlamy, and marchantia.

11 thoughts on “Meet the lab rats of the plant world”